The most tyrannical custom, taken as the most respectful and honorable was that of “Wad-ul-Banaat”. The house was befallen disaster and mourning in which a girl was born; when she was grown a few years, clad in the best dress, she was led to a jungle by her father where she was buried alive in a ditch by her father. 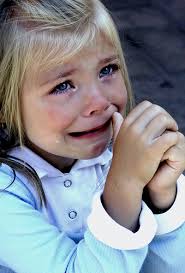 The unfortunate girl used to make hew and cry, requests and supplications but her stone hearted father refuse to forgive his innocent daughter. The most distasteful and dreadful rite was customary in almost all the tribes of Arabia, however, Banu Tamim had taken the lead.

The reasons enumerated to this worst custom are various; Banu Tamim, Kundah and some other tribes were afraid of their daughters to commit any shameful act which they were unable to bear. They, therefore, according to the proverb ‘to nip the evil in the bud’, used to bury their daughters alive. One of the reason to this notorious custom that the king of Hirah had imposed a tax which Banu Tamim refused to pay.  Nauman, the king, dispatched his army called ‘Dosar’ under the command of his brother Rayan. The majority of the soldiers belonged to Bani Wile. They invaded Banu Tamim, made captive their wives and children, took their herd and led them to Hirah.

Banu Tamim sent a deputation to Hirah to request Nauman bin Munzir, the king, to release their prisoners. The king decided that the women distributed among his soldiers were allowed to either go back to their husbands or to remain with their masters. One of those women, daughter of Qays bin Aasim, refused to go back rather she opted to reside with her new husband. It was this occasion, Qays bin Aasim made a vow if he begot a daughter, he would bury her into the ditch alive. He begot twelve or thirteen daughters and he buried all of them alive according to his vow.

An event of similar nature took place in Bani Rabia. The daughter of the chief of the tribe preferred to live with her conqueror instead of going back to her father, thus the custom of “Wad-ul-Banaat” took inception in the very tribe. In fact the Arabs did not like their wives or daughters to do such an act that might cause harm to their honour and respect, it was this passion of honour that forced the Arabs to bury their daughters alive in the graves. 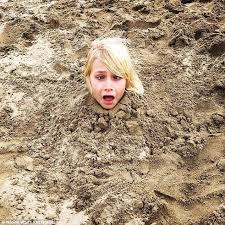 The custom of “Waud” was that if the father did not want to bury her daughter alive, he used to maltreat the poor girl. She was clad in rough wool dress and was kept bare foot in the intolerable heat of Arabian Desert, getting the herds graze throughout her life. Contrarily, if the father decided to bury his daughter alive in the grave, he used to treat her with kindness and love. She was clad in costly garments, looked after with care but when she attained her seventh or eights year of age,
she was fetched to the jungle where her stone hearted father used to bury her alive in the ditch so ruthlessly that one cannot bear. Prior to it, he used to go to his home after having dug the ditch in the jungle and told his wife to adorn her daughter with best dress so that he could get her to her maternal grandfather’s house. The poor girl, cheerfully accompanying her father, when reached the ditch, her father used to bid her to see into the well; the girl while bending to see into the well, was thrown into the ditch of her destiny. The father used to cover it with the soil and return.

The second reason to their vicious practice was that such girls, whose eyes were blue, or the complexion black or they had been afflicted by the leprosy or were crippled, in all such cases the poor lot was buried alive.

In the books of history the event is mentioned that Sowda bint Zuhrah bin Kalab, when was born with her eyes blue and the complexion black, her father ordered somebody to go and bury her alive.

He led the girl to the valley of Al-Ajune, when he dug the ditch and intended to bury the girl into it, he heard an angel saying, “Do not bury the girl into the ditch, rather leave her free in the open field.” The man cast his eyes around but saw nobody. However, the angel gave him the call again. Now he changed his decision and fetched the girl back to her father. He narrated to him the entire event. Her father said he hoped the girl would earn glory and prestige in the future. He changed his mind; the girl one day became an excellent soothsayer among the Quraysh.