The World is the Cultivating Ground for the Akhirah

Every work has a purpose

You know this fact that whatever works a man does he has a purpose or some benefit in view. He never does anything which is purposeless or useless. You drink water because it quenches your thirst. If after drinking water your condition remains the same as before, you will never drink it because this will be quite futile.

Why do you take food? Simply because you want to satisfy your hunger and you get strength to live. If the result of taking food and that of not eating anything were to be the same, then you will naturally feel that this is a useless pursuit.

Why do you take medicine when you are ill? Just because you should get rid of the disease and regain health. But if after taking the medicine you remain as before, you will say that treatment is a useless thing.

Why do you work so hard while cultivating land? So that crops, fruits and vegetables may be produced. But if nothing grows from the earth after sowing the seeds, you will never exert yourself so much to plough the field, to sow the seed and water the ground.

In short, whatever work you undertake in this world, it always has an object in view. If the object is achieved, you say it was a good work and if no purpose is served you say it was bad.

Please keep this point in mind and answer my questions one by one. The first and foremost question is: Why is the ‘Kalima’ recited? You can give no other answer to it than this that its purpose is to draw a line between a Kafir and a Muslim. Now I ask: What is the meaning of this difference? Does it mean that if a Kafir has one head, a Muslim will have two? You will say: no it does not mean that; it means that there should be difference between the end-result of a Muslim’s life and a Kafir’s life. The end-result of a Kafir is that he is deprived of Allah’s mercy in the Hereafter and is a total wretch, while that, of a Muslim is that he gains the pleasure of Allah and is honoured in the Hereafter.

Failure and Success in the Hereafter

I shall say that this answer of yours is perfectly correct. But tell me what the Hereafter is? What is the meaning of being a failure in the Hereafter? What does it mean to be successful and honoured there? Until this point is made clear I cannot proceed further.

You need not give an answer to the question. Its answer has already been given:

The world is the cultivating ground of the Hereafter. 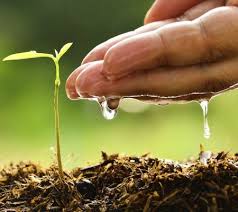 You plough the land, then sow the seeds, then irrigate, then look after the field till such time as the crop is ready. Then after reaping it you feed yourself with it comfortably throughout the year. You will naturally reap whatever you have cultivated in the land. If you sow wheat, only wheat will grow. If thorns are sown, only thorns will grow. If nothing is sown, nothing will grow. Whatever mistakes and errors are committed by you in the course of ploughing, sowing, irrigating and looking after the field, their cumulative effect will be noticed by you at the time of reaping the crop. But if you have carried out all the necessary things properly without any mistake, you will see its benefit also at the time of reaping. This is exactly the position in respect of this world and the Hereafter.

The world is like a ground for tillage. Man has been sent into this field for the purpose of raising a crop for himself with his own efforts and hard work. He has been allotted time to do this task from birth till death. 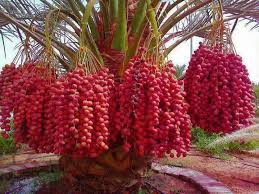 Whatever type of crop he has grown during this period, he will reap the same crop in this next life beyond the grave, and the produce will be his mainstay for his life in the Hereafter. If anyone has grown good fruit in the field of this world throughout his life and has nourished it with abundant water and proper supervision, he will find at the very first step into the next life the fruit of his labour ready in the shape of a blooming garden. There he will live happily on the fruits of the garden. There he will not be required to do any hard work because he will live happily on the fruits of the garden he has cultivated after strenuous labour throughout his life in this world. This is called Paradise and the state of gratification in the Hereafter.

In contrast to this, whoever in this worldly life sows thorns and grows bitter and poisonous plants, he will reap the crop of these kinds in the next life. 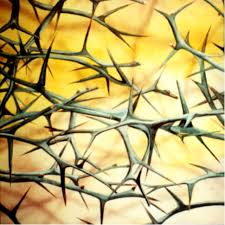 He will not get there a chance to compensate for this folly and grow a good crop again after burning the previous bad one. He will then have per force to sustain himself in his next life on the bad crop which he had grown in his worldly life. He will have to lie on the bed of thorns which he had grown. This is what is meant by loss and failure in the Hereafter.

The elucidation of the meaning of the Hereafter I have made is supported by the Hadith and Qur’an. This shows that failure or success of a man in the life after death and his ending being good or bad are in fact the result of his knowledge and deeds being correct or incorrect in his worldly life.