It has been narrated that the Holy Prophet (peace be upon him) said being satisfied: Hazrat Jibrail (a.s) came to me and said ‘O Messenger of Allah, are you not satisfied that if one of your followers sends one blessing upon you, I send ten blessings upon him. And if he sends one salaam upon you, I send on him ten salaams.

The Prophet of mankind, the Peace of our heart and mind, the most Generous and Kind (peace be upon him)has stated, ‘The one who sends Salat upon me one time, Allah will shower mercy upon him ten times.’ (Sahih Muslim, vol. 1, Hadith 408) 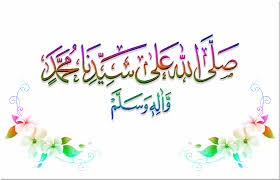 The Noble Rasul (peace be upon him) has stated, ‘Anyone who recites Salaat upon me three times in the day and three times in the night due to love and devotion to me, Allah will forgive the sins he committed during that day and that night.’ (Ṣaḥiḥ Muslim, vol. 2, Hadith 23)