There were two prisoners who entered the prison at the same time as Yusuf (a.s). Both were servants in the royal court who had displeased the king. One of them was the king’s cupbearer. His job was to serve wine to the king. The other was the king’s baker. Both were charged with conspiring to poison the king. Both were impressed by the Prophet Yusuf’s honesty and wisdom. They trusted him and began to consult him. 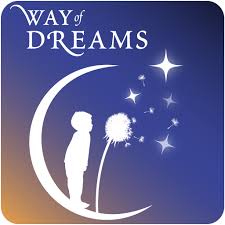 One night both of them had strange dreams. They came to Yusuf (a.s) and narrated the dreams. One told him that he saw himself pressing grapes to make wine. The other said that in his dream he saw himself carrying some bread on his head that was pecked at by birds. They requested Yusuf (a.s), “to tell us their meaning, for we can see you are a man of virtue.” Yusuf (a.s) replied that they would learn everything before their next meal. He added that his Lord had given this knowledge of interpreting dreams to him.

After teaching them faith, Yusuf (a.s) interpreted the dreams. To the first, Yusuf (a.s) said that he would shortly be released from the prison and would again pour wine for his master. To the other he said that he would be sentenced to death and birds would peck at his head. Not long after, the Prophet Yusuf (a.s) predictions came true. At his trial, the baker was charged with conspiring to poison the king, found guilty, and condemned to death. The charges against the cupbearer were proved false; he was released and returned to the palace to his old job.

Yusuf (a.s) had asked the cup bearer, to relate to the king his own case of cruel and unjust imprisonment. But the cupbearer completely forgot the request, and Yusuf (a.s) languished in prison for some more years.

In the meantime, one night the king of Egypt had a very strange dream that he failed to understand. He called his advisors, courtiers and priests to interpret the dream. All the learned men of the land came. The king, told them of how in his dream he had seen seven weak cows devouring seven fat ones, and seven green ears of corn being replaced by seven dry ones. 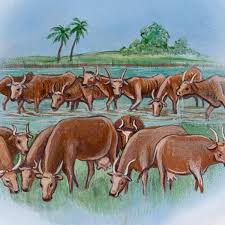 Everyone tried his best to explain the king’s dream, but none of them gave an answer that satisfied the king. Suddenly the cupbearer remembered Yusuf (a.s) and his great ability to interpret dreams.

The king sent the cupbearer to the prison to meet Yusuf (a.s), and he Yusuf (a.s) explained the dream thus:

These seven years would use up all the stores they had laid by in the good years.

“There is a solution to this problem,” added Yusuf (a.s). In the first seven years whatever crops were grown should be mostly saved, he advised. In this way, during the years of famine they would be able to use the grain that had been stored.

Yusuf (a.s) also foretold that after seven years of famine, there would come a year when there would be abundant rain and they would be blessed with great prosperity. In that year the vines and the olive trees that had suffered in the drought, would be revived and would yield their juice and they would have the oil from the linseed, sesame and the castor oil plant.

The cupbearer took Yusuf’s interpretation to the king. The king was very pleased, and ordered that Yusuf’s (a.s) be brought to the palace.

A Man Worthy of Trust

The king’s messenger ran to the prison to fetch Yusuf (a.s), expecting the prisoner to be overjoyed at the summons from the king. To his amazement, Yusuf (a.s) refused to leave the prison until his name had been cleared. After all, Yusuf (a.s) was to carry out the prophetic mission of Allah. For this important duty, it was necessary that any false charges should be cleared and he should emerge with a clean image.

The king ordered an enquiry into Yusuf’s (a.s) complaint and found that all the charges against him were false. The Aziz’s wife admitted.

“Now the truth must come to light”, she said, “it was I who attempted to seduce him. He has told the truth.”

When Yusuf (a.s) learned about the confession of the Aziz’s wife, he thanked Allah from the depth of his heart. “Now my former master (the Aziz) will know that I did not betray him behind his back, and that Allah does not guide those who betray their trust,” he exclaimed. Yusuf (a.s) was honorably released from the prison.

But he did not claim this victory as his own. “I am not trying to absolve myself,” he said, “for man’s inner self does incite him to evil, and only those are saved upon whom my Lord bestows His mercy. My Lord is forgiving and merciful.”

When Yusuf (a.s) appeared before the king, the latter was very impressed by his extraordinary personality, especially his wisdom and truthfulness. “From now on you shall dwell with us, honored and trusted,” said the King. “Give me charge of the granaries of the realm. I shall be a good and intelligent keeper,” replied Yusuf (a.s).

The king happily made him the minister of granaries and charged him with making sure that there would be enough grain to meet all requirements during the famine that was to come.