Before the city of Makkah came into existence, Hajrah and her son Ismail (a.s) were the first-ever dwellers of the place. The fountain, which sprouted from the place, the innocent Ismail (a.s) rubbed his heels, played a pivotal role in changing the destiny of the desolated valley.

Bani Jurham, who were on their way to Syria, permanently settled here because of the very fountain. 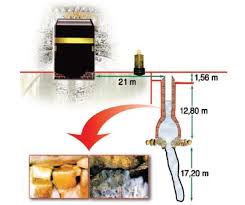 Hazrat Ismail (a.s) married a woman from Bani Jurham, the marriage joint together two stranger tribes in near relation. The mutual love and sentiments of courtesy, proved solid foundations for strong relation of both the tribes. After death of Ismail (a.s), his son Nabat took the charge. During his days, his twelve brothers and his own children converted their family into a large tribe. On his death, Mazaaz bin Amr Jurhami occupied the Kaabah my force. Bani Ismail thought it not suitable to fight against their maternal uncles and their sons also because they did not want to profane the sacred land of Haram with bloodshed. They submitted to the rule of Mazaaz bin Amr unconditionally to maintain the peace and tranquility of the Haram intact.

For some period, Banu Jurham remained faithful to the path of Hazrat Ibrahim (a.s) and Hazrat Ismail (a.s) but with passage of time, they were intoxicated by the power and wealth. They lost their moral values and plunged into the sea of sins, indulgence and sensuous pleasures. They started to extort the pilgrims by deceiving them and stealing their assets; doing every evil to the visitors of Kaabah they thought their prerogative. What to say if the visitors, they even plundered the treasury of Kaabah and the trusts people kept in it.

Hazrat Ismail (a.s) had willed Qaidar, his second son, as his successor, from whose 37th generation, Adnaan was born. After Adnaan, Banu Jurham dominated this tribe; though they were their paternal uncles yet they exiled them from Makkah in 207 AD.

Banu Khuzaua could not bear the evils Banu Jurham had adopted. They gathered their power and commenced war against Banu Jurham who, due to indulgence and extravagance had lost their power as well as prowess. The divinity also helped Banu Khuzaua; they fought a fierce war, which their rivals failed to withstand so they surrendered before rising power of Banu Khuzaua. Compelled, the Bani Jurham left Makkah for their old homeland Yemen. 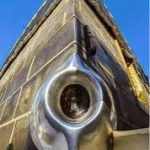 Banu Jurham when believed, they would no more remain in Makkah, they pulled out the ‘Hajr-e-Aswad’ from the wall of Kaabah and dropped it into the well of Zamzam, besides, they threw into the well two deer made of gold, costly swords and the armors from treasury of Kaabah and then they filled the well with earth so that the conqueror might not take benefit from the well and the treasure buried in it.

The tribe of Khuzaua, as is evident, became ruler of Makkah after Banu Jurham had been exiled from the city. They ruled Makkah for a long period; an unfortunate form amongst them Amr bin Luhi, the chief of his tribe, introduced idol worshipping in Makkah, and caused idolatry spread among the Arabs.