Women from different tribes used to come to Makkah in the different seasons to get babies for suckling with them. They used to suckle and bring the babies up and return to their parents after having completed the suckling period. 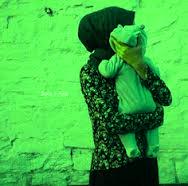 To get fixed, wages for the suckling was not liked by these nurses, however, at successful completion, they never hissed to receive the prizes and the gifts of the parents at their will. It was a famous saying, that free woman never earn with her breasts.

Hazrat Abdul Muttalib was in search of such a woman so that he could get his grandson grown up in the vast environment and pure air of the countryside, where he could learn the eloquence and the fluency of the real Arabic as well. From the clan of Sa’d, a part of Hawazin tribe, whose eloquence and expression had no match in the entire Arabia, came some women to Makkah for purpose of getting babies for suckling. Among these women was Halimah Sa’diah, who accompanying her husband Harrith bin Abdul Uzza reached Makkah in quest of the baby.

The rest of the story in her words is as under:

“It was a year of drought which left nothing; I set out on a tawny she-ass I had, and with us was an old she-camel – by God, it gave us not a drop of milk; none of us slept at night for the little boy’s crying because he was hungry; there was not enough milk in my breast for him and she-camel had nothing to satisfy him. 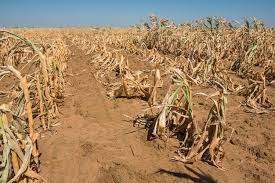 We kept hoping for rain and an end of miseries. So I set out on that ass of mine; it was weak and emaciated and moved so slowly that it make thing hard for others.

At length we reached Makkah looking for children to suckle. Not a woman of us but had the Messenger of God (God bless and preserve him) offered to her; but when she heard he was an orphan she refused him. We were thinking of the recompense we would get from the child’s father. We kept saying, “An orphan” What are his mother and grandfather likely to do! So we did not want him. Every woman in our party, found a baby except myself. So when we were agreed to go home, I said to my man, by God I will go to the orphan and take him. By God I do not like to go back with the other women without a baby. That will not do any harm to you, he said; perhaps God will bless us through him. My only reason was that I had not found any other baby.

When I went back, I found Hazrat Abdul Muttalib still waiting. We both went to Hazrat Aminah who bade welcome me and led me to the room the Prophet was lying in.

I cast my eyes on the baby; he was wrapped in the milk-white woolen cloth, beneath him was spread a green silky sheet and fragrance of musk was coming from him. To see his innocent beauty, I started loving him however, I dared not to awake him from his sleep, but when I put my hand on his blessed bosom and the beloved one smiled and opened his eyes. I felt a light coming out of his eyes and touching the sky. I could not help kissing between his both eyes, cuddled him to my bosom and took him to my husband”

After taking him, I returned with him to where my stuff was; then I placed him on my bosom and gave him my breasts with whatever milk he wanted. He drank till he had enough, and his brother (i.e. her own baby) drank too; both had enough and then both slept; although we have got no sleep previously.”

Hazrat Halimah states on the oath:

“When I reached my tent I placed him on my bosom and gave him my right breast. He suckled from it and then I gave him the left breast but he refused because Allah has revealed to him that he had another brother who needed his justice.

Before the prophet suckled at me, I had very little milk in my breasts, but with his blessings, my breasts filled with the milk lavishly. His foster brother also drank the milk to his satisfaction and slept sound. Afterwards my husband got up and went to the old she-camel of ours and to his surprise she had plenty of milk. He milked her, then he and I drank our fill and then had an excellent night. In the morning my husband would say.

“By God Halimah! You know you have taken a blessed creature; and I replied I hope so.

Then we set out and I rode my she-ass carrying the baby, and she moved so quickly that none of their asses could keep up with me. So that my companions would say to me, confound you Bint Abi Duayb, wait for us. Then we came to our encampments in the country of the clan of Sa’d and of all God’s earth I know no tract more barren. 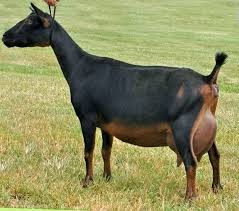 Well, after I brought him back there, the animals used to come back to me in the evening satisfied and full of milk and we used to milk them and drink. Yet nobody else found a single drop of milk in the udders (of their animals). So those of our tribes, who were settled there used to say to their herdsmen, confound you, go to the pasture where Bint Abi Duayb’s herd goes; but their cattle came back hungry and gave not a drop of the milk, and mine were satisfied and full of milk. So we continued to experience God’s bounty and favour until the baby’s two years were up and I weaned him. He was lustier than any other boy, quite sturdy by the time he was two.”

“Once I was sitting with the Prophet in my lap, when a herd of goats passed from near me. A goat came forward prostrated the Prophet and kissed his head and returned back to the herd.”

“When we returned from Makkah, from each house of ours came the smell of the musk. All the people witnessed his blessings and became his fans; the sufferers and the sick used to touch his blessed palm and get healed. If they found their camels or goats ill, for instant health they used to get his blessed hands turned over the sick animal. She adds, “The delightful two years passed as moments, we wanted to keep the Prophet with us for his blessings unto us some more time but we had to bring him back to his mother after the term was completed.

I requested Syedah Aminah saying, ‘perhaps you would leave my son with me until he grows up, for I am afraid he may get the Makkah plague. We kept at her until she sent him back with us.”

When the Prophet returned to their dwelling, each house celebrated his return with pleasure. The pleasure of his sister Shayma was worth seeing for she fed him and amused him and sang him lyrics and lulled him sweet sleep. Her lyrics, she composed for him had been preserved by the historians so that the races yet to come would enjoy the tender sentiment of her:

‘O God preserve my brother Muhammad for us so that we may see him sturdy and young. Till he becomes the head of his nation, and they all become obedient to him. Oh my God! Curse upon his enemies and envious. And honour him with apex glory that continue till infinity”

“We returned with him and some month after our coming, by God, he was among our lambs with his brother behind our tents. When his brother came to us hurrying and said to me and to his father. That brother of mine from Quraysh two men with white clothes have taken him and laid him down and split his body open, and they are stirring him up inside. So I and his father went out to him and found him standing looking pale. I clasped him and so did his father, and we said to him, what is wrong with you, my son.

‘Two men with white clothes came to me’, he said, ‘and split open my body and looked for something in it. I do not know what.’

We took him back to our tent, and his father said to me, Halimah, I am afraid something has happened to this boy; take him to his family before there is anything about him to be noticed.

So we carried him and brought him to his mother. What has made you come, nurse she said, seeing you were so eager to have him with you? God has made my son grow up, I answered; I have finished my job, and I am afraid he may have an accident. So I have brought him to you as you desire. That is not what is worrying you, she said; tell me the truth about it. She did not leave me alone until I told her the story. Then it is the devil, you are afraid of for him, she asked. Yes I said. No by God, she replied; shall I tell you about him. Yes, I said.

When I was carrying him, she went on, a light went out from me that lit up the palaces of Busra in the land of Syria. I never saw a pregnancy that was lighter and easier for me than with him. At his birth when he was delivered, there he was placing his hands on the ground and lifting his head up. Leave him now; I will take care of him.”

The event of Splitting open the body

As narrated in the books of Hadith, the event of splitting open the body took place in the real life not in the dreams. Imam Bukhari and Imam Muslim included the event in their Saheehain.

“In Sahih Muslim, Sabit narrates with reference of Hazrat Anas bin Malik that Hazrat Jibrail descended to the Prophet (peace be upon him) when he was playing with fellow boys, got hold of him and laid him down on the earth. Then Hazrat Jibrail split open his body and took his heart out of it. In the heart was a black clot, which he cut and threw away and told that it was the share of Shaitaan. Then, he put his heart in a gold tray, cleansed it with Zam Zam water and then placed it in and sewed it. The boys hastened to Hazrat Halimah and told her that Muhammad ﷺ had been murdered. They all went to the spot and witnessed the Prophet (peace be upon him) standing and looking pale.”