No father on the earth can be more fortunate that he was. He is father to that elevated a personality for whom Allah created the universe; the First as well as the Last among the Apostles, who is Sun of the sky of ‘Nabuwat’, whose light is enormous and who reconnected the relation of man with Allah, who kindled the love and affection of Allah in every heart and who blessed the life to the dying ones. Of such a splendid, glorious, elevated, exalted and matchless man, Abdullah is the father.

Abdullah was the youngest and the most beloved son of Abdul Mutallib. His father had made a vow that if he begot ten sons, all grew young and supported him then he would sacrifice one of them to Allah. It came to pass, ten sons of Abdul Mutallib grew young healthy and handsome; he apprised his sons of his vow they yielded before their father’s will. It was decided that the arrows of the Ka’bah would be drawn; in whosoever name the arrow drew he would be slaughtered in the way of Allah.

They gathered by Ka’bah, the thrower of the arrows was summoned, he urged Abdul Mutallib to desist from his stance for his sons were young and handsome, but he did not budge an inch and ordered him to go ahead for he was unable to turn away from Allah, he said:

“I made promise to my God and I would fulfill my promise. By God! Such praise is not done to anybody that is done for God. When He is my Master and I am his slave, and I have a vow to Him, I do not like it to desist from the fulfilling my vow then I do not desire to live any more”

The arrow was drawn and it named Abdullah; no doubt, he was the youngest, the most handsome and the most beloved but it was not matter of his qualities but of Abdul Mutallib and his God. The knife was brought, Abdul Mutallib was folding his sleeves when the news reached every house of Makkah; the chiefs of Quraysh rushed to Haram and bade him to abstain from slaughtering his son Abdullah. He replied it was the affair between him and his God, who they were to enjoin him so. All the chiefs now besought him to please stop, once such a dreadful custom was incepted, no one on earth could stop it. 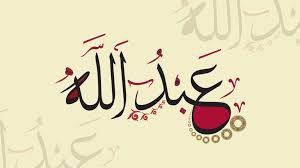 After long discussion it was decided to go to the ‘Irafa’, a soothsayer of Hijaz; whatever she decided it would be implemented accordingly.

All of them went to Yathrib where they were told she was living in Khyber, so the Quraysh went to Khyber. They apprised her of the issue; she asked them to wait, for her ‘Tabie’ would come, whose counsel she needed. The other day she told her ‘Tabie’ had visited her but at first, she asked as to what was the ‘diat’ of the murder in vogue among them. They told ten camels. She advised them to go back and draw lot of Abdullah against ten camels, keep on the practice increasing ten camels for each turn till the arrow would be drawn in favour of the camels. Thus the number of camels so drawn, those should be slaughtered instead of Abdullah; his vow would be fulfilled in this way.

All the Quraysh then returned to Makkah. The arrows were drawn for Abdullah against ten camels but name of Abdullah was cast out. They increased ten camels for each turn and in the tenth turn the arrow drew in favour of the hundred camels in place of Abdullah. Nevertheless Abdul Mutallib ordered to draw the arrows thrice; they did as he said and all the three times, the arrows drew in the favour of camels instead of Abdullah. So Abdul Mutallib happily slaughtered one hundred camels and served an open feast to all even to the birds and the wild animals.

We cannot estimate the pleasure Abdul Mutallib had felt on the occasion. Now he planned to perform his marriage. 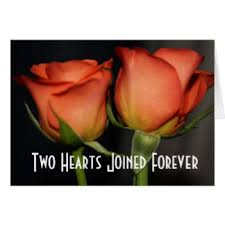 He chose Aminah, the beloved daughter of Wahb bin Abd Munaaf bin Zuhra, the chief of Banu Zuhrah, the clan of Quraysh tribe. Abdul Mutallib visited the house of Wahb and proposed happily. The age of Abdullah was 18 at the occasion, his beauty and youth might have raised storms in many young hearts.

Hazrat Abdullah was a chaste youth like Hazrat Yusuf (a.s). The young girls of Makkah fell in his love; they attempted to get his attention by exposing their beauty and manifesting their wealth.  Some of them went to the extent they offered one hundred camels to be slaughtered in recompense of Abdullah just to have his proximity. He refused to these girls to these girls saying: “Death is better than doing forbidden act; I do not see legitimacy in it. How I cannot accept what you propose for a gentleman always protects his honour and the faith.”

Wahb accepted Abdullah for Aminah, the marriage ceremony held and both the bride and bridegroom commenced their matrimonial life very soon.