Our beloved Prophet (peace be upon him) said: Allah gives knowledge of religion and guidance to truth to one whose good He intends. 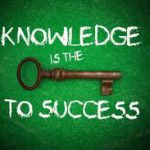 My dear brothers and sisters! Please listen carefully to the point I am stressing and reflect over it calmly. You must understand it thoroughly that to obtain or to be deprived of the greatest boon of Allah, i.e. Islam, on which you express thanks and gratefulness to Him, depends entirely on knowledge. If there is no knowledge, you cannot at all get this boon. Even if you have a little portion of it, then due to ignorance there is always the risk of losing the magnificent gift.

The likeness of that person who is totally unaware of the difference between Islam and Kufr and the incongruity between Islam and Shirk, is as the likeness of one who is walking in darkness on a track. May be that while following a straight line his steps swerve to another path and he be unaware of this deviation from the right course. And it is also likely that he may meet a Dajjal on the way who may tell him: “O sonny! You have lost you way in darkness. Come, let me lead you to the destination”. The poor wayfarer being enveloped in darkness cannot see with his own eyes as to which is the right path. Therefore un-sophistically he will grasp the hand of Dajjal and the latter will lead him astray. These dangers are faced by the wayfarer for the very reason that he himself does not possess any light and so is incapable of himself observing the road-marks.

If he were endowed with light, he will obviously neither lose his way not be led astray by another person. You may guess from this example that the greatest danger to a Muslim lies in his own ignorance of Islamic teaching and his unawareness of what the Quran teaches and what instructions were left by the Holy Prophet (peace be upon him). Due to lack of knowledge he will grope his way and will also be led astray by Dajjals. But if he is blessed with the light of knowledge he will be able to see the plain truth of Islam at every step in his life, will discover and avoid the misleading paths of Kufr, Shirk, heresy, and immorality which will intercept him, and whenever an inveigler will meet him on the way he will realize after exchanging a few words with him that he is a evil force and so he should not be followed.

Oh my dear brothers and sister! On this knowledge, the necessity of which I am explaining to you, depends yours and your children’s being Muslims and remaining as Muslims. This is not an ordinary thing which may be neglected.

You do not show any carelessness in cultivating your land, in irrigating and protecting your crops, in supplying fodder to you cattle and in other work of your profession, simply because if you do so you will be starved to death and will lose a precious thing like life. Then tell me why do you show negligence in acquiring that knowledge on which depends your becoming a Muslim and remaining a Muslim. Does not this entail the danger of losing a precious thing like Iman? Is not Iman dearer than life? 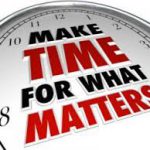 Out of the time and labour you spend on things which sustain your life, can you not spend one-tenth part of them on things which protect your Iman? I do not say that everyone of you should become an Alim, read voluminous books and spend ten to twelve years of your life in this pursuit. It is not necessary to read so much to become a Muslim.

I only want this much that each one of you should spend only one hour out of the twenty-four hours of day and night in acquiring the knowledge of Deen. At least that much knowledge should be acquired by every Muslim youth, adult and old person as may be enable him to understand the essence of the teaching of the Quran and the purpose for which it was revealed. He should be able to clearly understand the mission of the Holy Prophet (peace be upon him) with which he came into this world. What was the wrong he wanted to be demolished and what was the right he wished to be established? He should also get acquainted with that particular mode of life which Allah has ordained for Muslims. Not much time is required to acquire this quantum of knowledge. And if Iman is dear to you, it is not so difficult to find one hour per day to acquire it.

The Holy Prophet (peace be upon him) said: Allah gives knowledge of religion and guidance to truth to one whose good He intends.

The Holy Prophet (peace be upon him) also said: I shall intercede on the Day of Resurrection and be a witness for one who commits to memory forty traditions out of my followers and transmits these to them.

He also said: The ink of the learned will be weight against the blood of the martyrs on the Resurrection Day. He said: Whoever of my followers commits to memory forty traditions will meet Allah as a learned theologian. He said: Allah is sufficient for the worries of one who acquires knowledge of Allah’s religion. He gives him provision from a source which he has never conceived. He said: Allah revealed to Hazrat Ibrahim (a.s): O Ibrahim, I am all wise and I love every wise man. He said: A learned man is a trust of Allah on earth. The superiority of a learned man over a worshipper is like my superiority over the ordinary man.

Everything has its foundation and the foundation of this religion, i.e. Islam, is knowledge of theology. The Holy Prophet (peace be upon him) said: The best part of your religion is its easiest and the best worship is (the acquisition of) religious knowledge. He said: You are living in an age where in the theologians are many, the Quran readers and the preachers are few, the beggars are few and the givers are many, where in deeds are better than knowledge. But soon there will come over you such an age where in the theologians will be few, the preachers and the Quran readers many, the givers few, and the beggars many, there in knowledge will be better than deeds. He said: There is difference of one hundred degrees between a worshipper and a learned man. This distance between two degrees is as the run of a racing horse for seventy years.

The Holy Prophet (peace be upon him) was once asked: O Prophet of Allah, which action is the best? He said: Knowledge.

He was then questioned: Which knowledge do you mean? He said: With your knowledge of Allah a few actions will suffice and your ignorance  about Allah will not suffice even though actions are numerous. He said: On the Day of Resurrection, Allah will raise up the worshippers and the learned men. He will say: O the congregation of the learned men I have not imbued you with my knowledge but for My knowledge about you, I have not placed knowledge in you in order to punish you. Go, I have forgiven you.

A learned man is better than one who prays and fights in the way of Allah. When a learned man dies such a calamity befalls on Islam which cannot be removed except by his successor.