Never Ever Give Up Hope:

Now the brothers has a serious problem. How could they face their father, who had taken solemn pledge from them to bring Binyamin back? They pleaded Yusuf (a.s) to free Binyamin. “Noble prince, this boy has an aged father. Take one of us, instead of him. We can see you are a generous man.” 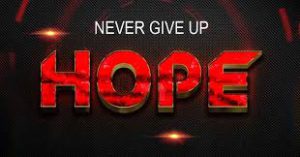 One of the brothers offered to remain there as a hostage in place of Binyamin. (According to tradition, he was the same brother who had objected to killing Yusuf (a.s), suggesting that they cast him into a well instead). But Yusuf (a.s) turned down the request: “God forbid that we should take any but the man with whom our property was found: for then we should be unjust.”

The brothers were so upset they did not know what to do. The eldest brother refused to leave Egypt; he didn’t have the courage to show his face to his father. He accused his brothers: “Do you not know that your father took from you a pledge in Allah’s name, and that long ago you did your worst with Yusuf (a.s)? I will not stir from this land until my father gives me leave or Allah makes know to me His judgement.”

He asked his brothers to return to their father and tell him: “Father, your son has committed a theft. We testify only to what we know. How could we guard against the unforeseen? Inquire at the city where we lodge, and from the caravan with which we traveled. We speak the truth.”

When they reached home without Binyamin, the brothers told their ailing father that his son had committed a theft and that the king’s minister had kept him as a punishment. The brothers swore to their father that this was the truth, and they even made the people of the caravan bear witness. Yaqub (a.s) was absolutely stunned by the story. He knew his little Binyamin too well to believe that he had stolen anything. He flatly refused to believe them, thinking they had plotted to get rid of their youngest brother just as they had plotted against Yusuf (a.s). So he cried out, “No! Your souls have tempted you to evil. But I will have sweet patience (sabr jamil). Allah may bring them all to me… He alone is All-Knowing and Wise.” 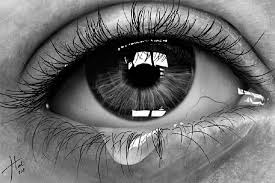 The loss of Yusuf (a.s) and now Binyamin was so hard for Yaqub (a.s) to bear that he lost his eyesight weeping. Ruefully, he thought of how Yusuf (a.s) boyhood dreams had augured his greatness. For himself, the whole world had been plunged into darkness. He poured out his distraction and grief only to Allah. His faith was still as strong as ever and he observed the discipline of patience – the greatest virtue of the faithful.

Turning away from his sons, Yaqub (a.s) cried, “How great is my grief for Yusuf (a.s)! The sons retorted, “By God! You will never cease to remember Yusuf (a.s) until you ruin your health or die.” But Yaqub (a.s) forgave the sting and malice in the words of his sons and, like a prophet of Allah, he still wished them well, gave sound advice, and did not lose hope.