A few examples of Obedience to Allah

You must have heard how rampant was drinking of wine in Arabia. Women and men, young and old, were fond of it. In fact they were used to it. They chanted songs in its praise and were mad after it. You know this fact also that it is difficult to give up drinking after getting addicted to it. A drunkard would rather give his life than stop drinking. If he does not get wine his condition becomes worse than that of a sick person. 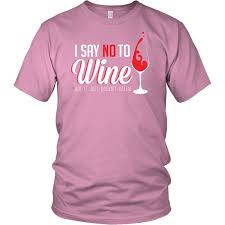 But have you heard what happened when the prohibition order was given through the Quran? On hearing this commandment those very Arabs who shed their life on wine broke its containers with their own hands. Wine was flowing in the lanes of Madina like rain water. In one gathering some people were engaged in drinking as they heard the voice of the announcer on behalf of the Holy Prophet (peace be upon him) that wine was prohibited, their hands suddenly stopped where they were. Those who had the cup close to their lips removed it at once and did not allow a drop to reach their throats. This is the glory of Imaan. This is called obedience to Allah and His messenger (peace be upon him).

You know what a severe punishment Islam has prescribed for adultery – one hundred stripes on the naked back, the very thought of which makes a person shudder. And if a married man is involved, his punishment is stoning to death. A man trembles to hear the very name of such horrible punishment.

But have you heard what was the condition of those who had Imaan in their hearts? A man had committed adultery. There was no witness. There was nobody to drag him to the court, nor was there anyone to make a report to the police. There was only Imaan in his heart which admonished him: ‘Now that you have satisfied your lust contravening the law of Allah, get ready to undergo the punishment prescribed by Allah for it’. 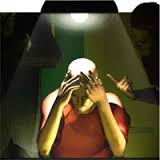 You also know that in this world nobody is dearer to man than his relatives. Particularly, father, brother and son are so dear that a man endures to sacrifice everything for them. However, just think of the battles of Badr and Uhud and see who went to fight against who? The father was in the Muslim army and the son in the army of Kafirs, or the son was on this side and the father was on the opposite side. One brother was on this front and the second brother on the other front.

The nearest relatives confronted each other and fought as if they were strangers. And this spirit was not worked up for the sake of money or land, nor was it aroused by personal enmity, but they fought against their own flesh and blood simply because they had the grit to sacrifice their father, son, brother and their whole family for the sake of Allah and His messenger (peace be upon him).