The Origin of Hadj

The story of its origin is highly instructive. Read it carefully so as to fully grasp the significance of Hadj. Then it will be easy for you to understand its benefits.

Conditions at the time of Hazrat Ibrahim (peace be on him)

Which Muslim, Christian or Jew is there who is not aware of the name of Abraham (peace be on him)! Two-third of the population of the world has faith in him as a leader. The three prophets, Musa, Isa, and Mohammad (peace be on them) are his descendants. The lamp lighted by him has illuminated the whole world with the light of guidance.

He was born in Iraq over four thousand years ago. At that time the whole world had forgotten God. Not a single individual was left on the surface of the earth who was aware of his real Master. None bowed his head in servitude and obedience exclusively to Him. The nation in which hazrat Ibrahim (peace be on him) was born was the most advanced nation of the world at that time but it was also ahead of others in heresy.

In spit of progress in Arts and Science, Industry and Agriculture, the people could not understand this simple point that a thing which has itself been created cannot be fit to be worshiped. 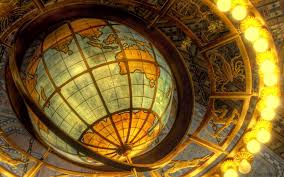 They used to worship stars and idols. Astrology, idols-worship, divination, witchcraft and use of talisman and amulets etc. were popular among them. Just as there are Pandits and Brahmins among the Hindus, in the way there was in those days a class of Pujaris (priests) who guarded the temples, supervised the worshiping and the rituals performed by devotees, conducted marriage and funeral ceremonies etc., and played the farce of purveying to the people news from the unseen.

The masses in general, were so much enmeshed in these Pujaris’ snare that they considered the latter the controller of their good or bad luck, and they obeyed their behests and slavishly fulfilled their desires, because they supposed that the Pujaris had access to their deities who, due to the Pujaris’ intercession would be kind to them as otherwise they will be ruined. The kings were in league with this coterie of Pujaris. For the purpose of holding the masses in their servitude, the kings helped the Pujaris and the Pujaris helped the kings. On one side, the government gave full backing to the Pujaris, and, on the other side, the Pujaris injected the conception in the minds of the people that the king of the day being the owner of his country as well as his subjects is also a god among other gods, that his word is law and he wields all kinds of power on the life and property of his people. Not only this. In fact, all the rites of servitude were performed before the king so that the idea of his godhood may dominate the minds of his subjects.

Family of Hazrat Ibrahim (peace be on him)

Hazrat Ibrahim (peace be on him) was born at a time like this in a community of the above-mentioned characteristics, and above all he took birth in the very family which was itself a family of Pujaris. His forefathers were Pandits and Brahmins of their community. In this home he got the same education and training as a Pandit’s sons receive, and heard from childhood talks of this type. He saw the manners of Pirs and Pirzadahs among his family members and kinsmen. The gaddi of the temple was ready for him to occupy and thus become a leader of his community. The same gifts, presents and offerings were awaiting him as had enriched his family. There were lots of devotees waiting to bow their heads before him with folded hands.

Further, he could likewise trap in his snare people ranging from a poor farmer to a king by claiming contact with the deities and by playing the farce of divination. In this dismal darkness, where not a single soul existed who knew and believed in Truth, he could neither get the light of Truth nor was it possible ordinarily for a man to dare discard personal and family benefits of a stupendous nature and thus invite a host of troubles simply for the pursuit of Truth.

Hazrat Ibrahim’s (peace be upon him) exonerative declaration

However, Hazrat Ibrahim (peace be upon him) was not an ordinary man. He was of a different stuff. On attaining discretion he began to ponder: 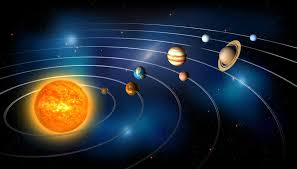 “How can this sun, moon and stars, which are themselves rotating like slaves, and these idols of stones, which are made by man himself, and these kings, who are human beings like ourselves, be considered as gods? What is there in these powerless objects, which cannot move of their own volition, which have no power to help themselves and have no control over their own life and death, that man should bow his head before them in Ibaadat, seek fulfillment of his wants from them, be afraid of their strength and be servile and obedient to them? Among all the objects visible to us in the earth and heaven, or among those which we know somehow, there is not a single one which itself is not dependent, which itself is not subject to some power and which does not fade some time or the other.

When this is the condition of all these subjects, how can anyone of them become God. When none of them is my creator, nor are my life and death, or benefit and loss, in the hands of anyone of them, nor does any of them possess the key to my means of sustenance and fulfillment of my needs, then why should I accept them as Lord any bow my head before them in servitude and obedience? Only that being can be my Lord Who created all things, on Whom depends everything and in Whose hands are the life and death, benefit and loss of all”. Arguing like this prophet Ibrahim (peace be upon him) reached a definite decision that he will never worship the deities which his community worshiped, and he openly declared before his people:

“Indeed, I have turned my face toward He who created the heavens and the earth, inclining toward truth, and I am not of those who associate others with Allah.” (6:79)

After this declaration, a mountain of calamities fell on Prophet Ibrahim (peace be on him). His father threatened him with expulsion from the family and home. His community warned him that non of its members will afford him refuge. The government also became hostile to him and the case was brought up before the King. But that lonely and forsaken person braved all opposition and stood firm like a mountain for the sake of truth. He told his father respectfully: “The knowledge I have, has not been vouchsafed to you. As such, instead of my following you, you should follow me”. As a reprisal to the threats of his community he broke their idols with his own hands to prove how helpless were the objects they worship. He boldly declared in the full court of the King:

“You are not my Lord. My Lord is He in Whose hand are your life and death as well as mine and within the bounds of Whose law even the movements of this Sun are circumscribed.”

At last, it was decided in the royal court that this man should be burnt alive. But that man who was a firm and resolute as a mountain and who had unshakable faith in one God, got prepared to suffer this terrible punishment. And then, when Allah with His supreme power saved him from being burnt in the fire, he abandoned his home, his relations, his community and country. He set out with his wife and a nephew as an immigrant to wander from one land to another.

That person to whom the gaddi of Mahant was available after occupying which he could reign as the undisputed religious leader of his community, and that man who could easily acquire both wealth and honour and who could pass on to his children the privilege of enjoying the benefits of this gaddi of Mahant, preferred for himself and his children the life of a homeless and destitute person. The reason was that he did not like to lead a luxurious life by entangling the people in the snare of false gods. Instead, he preferred to invite the people towards the true God and, as a punishment for this crime, lead an unsettled and restless life.

Sacrifice and Migration of Prophet Ibrahim (peace be on him)