Salman Farsi (r.a) was inhabitant of isfehaan, the famous city of Iran. His father was chief of the city, and he loved Salman his son very much. He used to keep him in his house so that he might not disappear from his eyes. His father taught him the religion of Zoroastrians until he attained the excellence. Once, his father sent him to his estate to look after it. On his way was a Christian church, he saw the Christians worshipping. He liked their manner of praying; he sat there till evening and heard their hymnal songs, meanwhile, his father worried about his absence, he sent his men in his search. He returned home and told his father about the worship of the Christians. The father apprehending his conversion to Christianity chained him in the house. 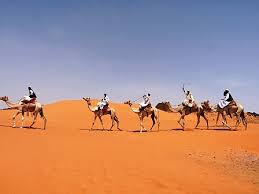 A caravan was to commence its journey to Syria, he, by somehow, managed to go with them. When he reached Syria he went to a temple and apprised the priest of his thought. He started to live with the priest but he observed a lot of differences in his sayings and actions. He felt sorrow that the priest enjoined his followers to give alms to the poor but he never distributed rather kept these alms with him. When he died, Salman apprised his followers of his real character. He brought out one hundred pots full of gold and silver, which were kept in the basement, and handed over these pots to his followers. The people crucified the priest and stoned his dead body and then buried it.

Before his death Salman (r.a) asked him as to where would he go now. The dying priest said,’By God! Now there is only one man who adheres to the right path. He lives in Amoriah; go to him and follow him.’ Salman went to Amoriah and lived in his service. This man too very soon met the death. Salman (r.a) also asked him what he would do after him.

He said to him, ‘By God! There is none to whom I may guide you to go. The time of the Holy Prophet (peace be upon him) has come who will cause renascence of the path of Hazrat Ibrahim (a.s). His place of migration is in the oasis between two plains. If you can reach there, you must go there. There are certain signs of that Prophet that he does not eat alms and there is mark of the prophet-hood between his shoulders, which you will identify when you meet him.’

Salman (r.a) say, ‘When we buried the man, a caravan of Bani Kalb passed by the place. I asked them about their place and requested them to lead me to that place in recompense of my herd and sheep. They agreed to my proposal and thus brought me to the valley of the Qurah. However, they did unjust to me that they enslaved me and sold me to a Jew. By God! I saw an oasis there and thought in my heart it was the place, the priest had talked to me about’

‘After some time, the Jew sold me to a Jew of Madinah. On the very first sight of the city I recognized it, it was the same city so I started living here as slave of my master but awaiting the Holy Prophet (peace be upon him). I became to know that a Prophet has appeared in Makkah, I was a slave, not capable of going to Makkah at my own. The time came, the beloved Prophet of Allah (peace be upon him) reached Quba. 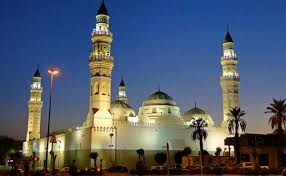 One day, I was busy in the garden of dates of my master where came a cousin of my master and exclaimed evil of Khizraj and Aus who had flocked around a stranger at Quba, about whom they think was a Prophet. I trembled listening to him, I was climbing on a date’s tree, I thought I might fall on my master so I climbed down and asked as to what he was talking about. My master gave me a blow of his fist and said what I had to do with such things. I said to him I had nothing to do with this news however, I heard a thing and I wanted to verify it. 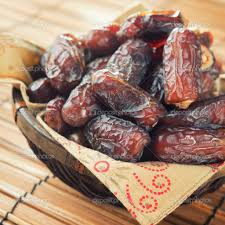 In the evening I appeared before the Prophet and said, ‘I have something as alms and I want to serve you the same because you and your companions are the stranger and travelers here’. The Holy Prophet (peace be upon him) did not touch the food I offered, however he allowed his companions to eat it. I thought in my heart that one to the signs of the Prophet was verified that he does not eat alms. 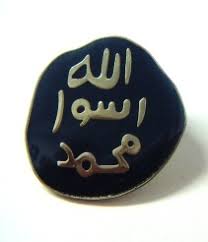 It came to pass, Salman served his master as a slave; he remained in hunting the other signs of the Prophet (peace be upon him), the priest had told him. He says: