The year passed and Yusuf (a.s) grew into a handsome and charming young man. With his change of fortune in Egypt, Yusuf (a.s) grew in knowledge, judgement and power. The Aziz treated him with honor: Yusuf (a.s) was more his guest and son than his slave. He quickly learned the language and had become almost like an Egyptian. He was truthful and honest, so people asked his advice and respected his opinions. 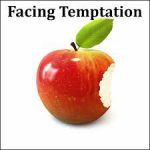 This attractive young man fascinated the Aziz’s beautiful and powerful wife, whose name was Zuleika. Yusuf (a.s) kept his distance and never responded to her flirting, but Zuleika would not take no for an answer. She followed Yusuf (a.s) around; but still he would not listen to her. Then one day when the Aziz was away, his wife found Yusuf (a.s) alone. She called him into her room and tried to seduce him. She bolted the doors and said: “Come!” The temptation was so strong that, if he had not been strengthened by his great faith in Allah, he would have fallen prey to mortal weakness. 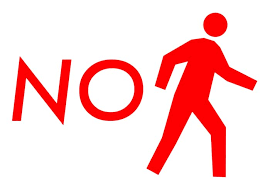 Taken aback, Yusuf (a.s) said, “God forbid. My master has treated me with kindness. I cannot betray his trust.” Yusuf (a.s) respected and loved the Aziz; he could not think of becoming involved with the Aziz’s wife behind his back. Moreover, Yusuf (a.s) knew that it would be a sin against Allah. So as Zuleika fluttered her eyelashes, Yusuf (a.s) turned and ran toward the door. Zuleika ran after him, caught hold of his shirt, and tore it. Yusuf (a.s) managed to open the door, only to find his master standing outside.

Zuleika blurted out a wicked lie, in the way a guilty person often does, to explain herself to her husband and take revenge on the man who had spurned her. “What is the fitting punishment, my master, for one who has evil designs on your wife?” she cried. A moment before she bad been showing her love for him and now she began to accuse him falsely of misbehaving with her!

Yusuf (a.s) denied her charges, and explained that it was she who had tried to entice him. By this time a number of family members had gathered to find out what the commotion was about. One, who had probably seen everything, suggested: “If Yusuf’s shirt is torn from the front, she is speaking the truth. If it is torn from behind, then it is he who is to be believed.” The Aziz looked at Yusuf’s shirt and saw that it was torn from behind. He realized that his wife was at fault. “Your cunning is great indeed!” he exclaimed, and cautioned her to ask Yusuf’s pardon.

Yusuf (a.s) kept intact his divine nature, which saved him at this delicate moment. Allah has given every single human being this divine nature right from his or her birth; it is also called your conscience. It helps you to judge between right and wrong and to tell the difference between good and evil. Your conscience cautions you when you are in danger of going astray.

When you ignore your conscience, you are ignoring the gentle call of Allah. You will not only be deprived of Allah’s help, but will slowly weaken your God-given inherently divine nature. On the other hand, one who is obedient to his creator will bow the moment Allah’s call is heard. Allah’s help gives such a person the strength to stand up against any evil.

For this reason man’s self is called “Ammarah” meaning “the soul want to command evil.” At the slightest departure from the path of rectitude, “lawwamah”, meaning “self-accusing spirit”, arouses pangs of conscience.

Why is prison good