Prison will be better – Why prison good:

News of the incident spread throughout the town, and the womenfolk in particular began to gossip about it. They felt that Zuleika was clearly in the wrong. The Aziz’s wife invited the noble ladies of the town to a banquet, where she planned to prove to them that they would also have acted as she had. Giving each of them a knife, she told them to cut some fruit; then she asked Yusuf (a.s) to pass through the dining room. When Yusuf (a.s) appeared, the ladies were so struck by his extraordinary good looks that they exclaimed: “God preserve us! This is no mortal, but a gracious angel!” And in great excitement they cut their fingers with the knives in their hands. 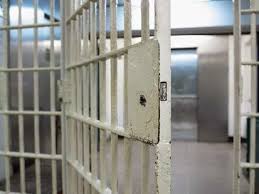 The women may have been distracted by the attractive personality of Yusuf (a.s) but Yusuf (a.s) by contrast, had his entire attention focused on Allah. He was so absorbed in the greatness and sublimity of Allah that no other thing was able to attract him.

The Aziz’s wife did not change her attitude towards Yusuf (a.s). She even threatened to send him to prison if he continued to reject her advances.

Yusuf (a.s) prayed in great anguish: “Help me, O my Lord, prison will be better that what I am being asked to do. If you do not turn their plot away from me, I will decline towards them, and then I will be one of the ignorant people.”

Even though the Aziz and the others knew that Yusuf (a.s) was innocent, they decided, probably to protect Zuleika, to imprison him. That was unjust, but it was also Allah’s answer to Yusuf’s (a.s) prayer. And indeed, prison opened up another chapter in the life of the Prophet Yusuf (a.s)

The prison was dark. It was impossible to escape from it. There was no ray of sunlight. One could not tell whether it was day or night. But Yusuf (a.s) kept praying to his Lord. He remembered how Allah had rescued him from the dark well. He was sure that Allah would help him again.

Yusuf (a.s) had a clear conscience. He was innocent. And therefore, he was no ordinary prisoner. He waited patiently for Allah to reprieve him. He felt being locked up in prison was a good thing, for it prevented him from falling prey to the temptations of his master’s home. But there was another and more important side to his being in prison. It was while he was there that Allah called upon him to become a prophet, following in the footsteps of his father Yaqub (a.s), his grandfather Ishaq (a.s) and great grandfather Ibrahim (a.s).

Yusuf (a.s) began his mission by bringing the word of Allah to the other inmates. He begged criminals to change their ways and sympathized with those who had been wrongly convicted. He advised them to put up with their suffering as patiently as they could.

I have abandoned the ways of a people who do not believe in Allah and who even deny the hereafter. And I follow the ways of my fathers, Ibrahim (a.s), Ishaq (a.s), and Yaqub (a.s) and never could we attribute any partners whatever to Allah. That is a result of the grace of Allah to us and to all mankind; yet most men do not give thanks. (12:37-38)

“Fellow prisoners! Are diverse Lords better, or Allah the One, the Almighty? Those you worship besides Him are nothing but names that you and your fathers have devised and for which Allah has revealed no sanction. Judgment rests only with Allah. He has commanded you to worship none but Him. That is the true faith: yet most men do not know it” (12:39-40)

Prophet Mohammad ﷺ met Yusuf (a.s) on the occasion of the Miraculous Night Journey, or Isra, when the angel Jibrail, sent by Allah, took the prophet Mohammad ﷺ from Makkah to Jerusalem and from there through the heavens until he was in the presence of his Creator. On that incredible night the messenger of Allah met all the prophets, including Yusuf (a.s), and led them in prayer.

Mohammad ﷺ later said that the noblest of them all was Yusuf (a.s), because he was a prophet from a long line of prophets – Yaqub (a.s), Ishaq (a.s) and Ibrahim (a.s).