Banu Jurham, when left Kaabah consequent upon defeat at the hands of Banu Khazaua, they threw two deer made of gold along with other articles of the treasure of Kaabah into the well of Zamzam and filled it with earth so the tribe of Khazaua might not take benefit of them. Zamzam remained close for many years; the people dug new wells and forgot its significance.

“Consequent upon evil doings of Banu Jurham, water of Zamzam went dried and Allah deprived them of this blessing”

“Zamzam is the heritage of your glorious ancestors. The spring, neither its water finishes nor does it need repair. The pilgrims quench their thirst with it. It is in between dung and blood where black crow is beating its beak, near the ant’s colony.” 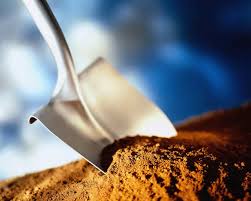 On the following day, he with his son Harith, holding spade in his hand, reached the place between Asaaf and Nailah, where the polytheists used to sacrifice their animals.  He saw a crow beating his beak in it, so he started the excavation until they reached a layer where the hope of success kindled and he raised the slogan of “Allahu-Akbar”.

At the beginning, the Quraysh did not give attention to his effort but now they demanded the well of Zamzam was their father’s heritage so he should allow them to participate in the excavation. However, Abdul Mutallib refused saying, Allah had disclosed the secret only to him, so he was not willing to allow them. The Quraysh now warned him they would not allow him to carry on the excavation. The dispute expanded, both the parties decide to appoint a judge. A soothsayer of Bani Sa’d bin Hazeem was agreed upon to decide the issue. She was inhabitant of a village bustling at the border of Syria. Both the contesting parties set out to her.

On the way, the water of Abdul Mutallib ran short, he asked the water from the other party but they refused to give. The men of Abdul Mutallib fell down due to thirst. So he advised them to dig their graves so that they might be buried by one of them, the last man, no matter, the birds devour his dead body. They dug their graves accordingly and awaited their death. Now Abdul Mutallib said to them, how long they would await their death, better they moved ahead, Allah might help them. His fellow men set their camel’s saddle on the backs of their camels to continue the journey. When Abdul Mutallib got his camel stand on his feet, a spring sprouted from the place beneath its foot. The water of the spring was cold as well as sweet. They all quenched their thirst satisfactorily and filled their hides with it. Abdul Mutallib asked his companions to call their rivals to fill their stomach and hides with the water. Some of his companions felt his offer unwarranted for they had refused to give them water. However, Abdul Mutallib said to them if they treated their rivals alike, then there would remain no difference among them. 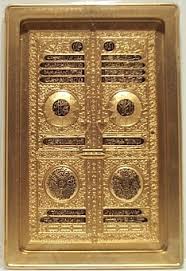 When the rival party witnessed the miracle of Abdul Mutallib, they said they did not need to go to Syria to get the dispute decided for Allah had decided the issue who made the spring sprouted from beneath the camel of Abdul Mutallib. They withdrew from having share in the well of Zamzam. They returned to Makkah. Abdul Mutallib re-started the work of digging and in due course, he found the deer made of gold and the weaponry buried therein. The rival group now against him hatched the dispute afresh claiming their share in the treasure. The dispute did not settle rather transferred into contest. Abdul Mutallib now proposed to settle the issue by drawing the lot. It was decided to draw six arrows; two for Kaabah, two for the nation and two for Abdul Mutallib. The arrows were drawn and the result was amazing. Kaabah won the deer make of gold, Abdul Mutallib the rest of the treasures and the entire nation won but nothing. He got the dear melted and made sheets of the gold which he affixed on the door of Kaabah.